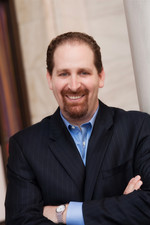 As the founding partner of Danziger, Shapiro & Leavitt PC, Adam Shapiro brings more than a decade of experience in business and real estate law to the table when he sits down with clients large or small.

Licensed to practice in the state and federal courts of Pennsylvania and New Jersey, as well as before the U.S. Supreme Court, Mr. Shapiro began his career with a small Philadelphia firm where he focused mostly on the hospitality and health care industries. He later moved on to a telecommunications consulting company where he expanded his areas of experience to include leases, technology and zoning issues, as well as site analysis for cellphone towers.

In 2000 Mr. Shapiro founded his own practice, putting this wealth of experience in real estate, telecommunications and general business law at the service of clients throughout Pennsylvania and New Jersey. Mr. Shapiro's professional focus is real estate and business law, including contracts and contract litigation, leases, non-compete agreements and business break-ups. He also, however, has remained active in the health care and technology fields and has taught courses on both civic involvement and hospitality law at Drexel University.

Mr. Shapiro is a graduate of the University of Pittsburgh and of the Rutgers University School of Law. An active member of the Greater Philadelphia community, he volunteers time with a number of local charitable groups, including the South Street Headhouse District business improvement zone and the Philadelphia Bar Association where he currently serves as co-chair of the Small Business Committee. In his free time he enjoys skiing, working on his house and outdoor getaways with his wife and daughter.

Contact Us
Practice Areas
Client Reviews
★★★★★
Adam has been my corporate attorney for over 10 years. He is extremely professional and knowledgeable. He efficiently moves through the judicial system and always keeps the best interest of his client in the foreground. Janet
★★★★★
We hired Adam to represent us for a patent dispute. He was excellent from the very beginning. He was thorough, detailed, honest, forthright, succinct, and available to us for questions at all times. Needless to say he achieved the best outcome we could have hoped for, and I cannot recommend him highly enough. I only wish I could have given him a check mark on all of the attributes listed on LinkedIn, but it would only allow 3. Matt
★★★★★
All of us at Be a Part of the Conversation are indebted to Doug Leavitt and the staff at Danziger Shapiro & Leavitt for their guidance in helping us to establish and grow our nonprofit organization. Doug has been an invaluable resource, providing insight and understanding from the very beginning. In addition to answering our endless questions, he is also incredibly proactive – tirelessly working to ensure that our organization is moving forward in the best light possible. I honestly do not know where we would be today without the support and generosity of Doug and the team at Danziger Shapiro & Leavitt. Kim
★★★★★
We retained Doug to help us in a business dispute regarding several investments we had in restaurants and real estate in Cape May. Doug proved to be skilled in both litigation and negotiation, as well as reducing the settlement to writing, which required a thoughtful approach and high attention to detail to protect out interests because we had to do take back financing. The security agreements had to be carefully written so we could take back the restaurant and IP if the need arose- which it did! Thankfully everything was in place and Doug was able to get everything back and we came out unharmed. It is clear to us that Doug truly cares about his clients. Unless something like this happens to you, you wouldn't know how important it is to have the right attorney. We do. Brian
★★★★★
I am an officer in a Civil Engineering firm in New Jersey with over 45 employees and have retained many attorneys in the past. However, Doug Leavitt has helped my firm in reviewing and developing new corporate documents and professional agreements. Doug is an excellent attorney who is very personable and knowledgeable and a pleasure to work with. Paul
View More
Submit a Law Firm Client Review