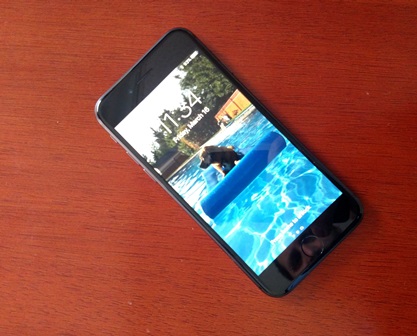 Last month the Pennsylvania Supreme Court held that accessing any information from a cell phone without a warrant violates the fourth amendment to the constitution.  The Fourth Amendment states in a nut shell that we shall be free from unreasonable searches and seizures.  In this particular criminal case, the police powered on a cell phone that was recovered at the scene of an arrest.  The police officers at the scene powered on the phone, determined its number, connected it to a crime and obtained a warrant to monitor a phone number that was found in the cell phone.  This action ultimately led to the arrest of the owner of the cell phone that the police powered on without a warrant.  The PA Supreme Court stated there is  “no exception for what police or courts may deem a ‘minimally invasive search.”  The Court reasoned that a person’s expectation of privacy rests in the phone itself and even went so far as to compare the opening and powering on of a cell phone as tantamount to walking through the front door of someone’s house without a warrant.

The Pennsylvania Supreme Court’s decision continues the movement towards the protection of digital rights.  While this case centered on criminal activity, it has clear implications in the business world.  SEC or DOJ investigations, internal audits and civil litigation will be impacted by this decision.  With virtually every adult in the business world possessing a cell phone, understanding one’s rights and obligations in this digital world can mean the difference between jail and freedom, termination for cause versus without cause, or turning over trade secrets when you are under no obligation to do so.  The laws that encompass digital privacy are rapidly changing.  Indeed, I have had several New Jersey litigation cases where opposing counsel was not aware of New Jersey’s Social Media Law that prohibits employers from requiring employees to provide access to their social media accounts (5th amendment issues).  Without this information, opposing counsel was not able to access the information needed to prove her case.

END_OF_DOCUMENT_TOKEN_TO_BE_REPLACED

Last week on March 30, 2016 the U.S. Supreme Court rendered a decision that significantly helps white collar defendants defend themselves against the Department of Justice (“DOJ”), Securities and Exchange Commission (“SEC”), Internal Revenue Service or whatever agency might be prosecuting them.  The Supreme Court held that the Sixth Amendment to the U.S. Constitution requires that a defendant must have access to his or her funds that are not tainted by criminal conduct to pay for the defense costs of a lawyer of his or her choosing.  Please click here to read a copy of this decision.

Prior case holdings allowed the government to restrict a defendant’s access to “untainted” or “innocent” assets in an amount sufficient to offset against what the government agency alleged it could expect to obtain after conviction and forfeiture proceedings. Stated differently, at the inception of a case the government would deprive a defendant from using his “clean” or “untainted” money which resulted in a defendant not being able to hire a skilled defense team of his choosing.  Before a defendant’s case even began, he was placed in a position of defeat.  This forced defendants to borrow money from family to defend them or otherwise be defended by an over-worked Federal Defender.

Undoubtedly there will be extensive litigation over the interpretation over what a “reasonable fee for the assistance of counsel” means as that term was used by the Supreme Court.  Also, it is important to remember that “untainted” means that a defendant will not be able to use the money he has from selling cocaine or from liquidating his “burglar tools”.  This too will undoubtedly be subject to great litigation going forward as well.  However, being able to cite to a Supreme Court case that relies upon the Sixth Amendment is a great strategic arrow to have in a defense attorney’s quiver when we now make our emergency motions to set aside government restraining orders that froze our clients’ assets.  Previously we were making these arguments but did not have the power of a Supreme Court case directly on point.